Policy brief: 300 000 from Ukraine wants to come to Sweden

According to a new Policy Brief by Swedish Delmi, a third of all Ukrainians - 12 million - wanted to move permanently to another country when asked by Gallup World Poll in summer 2021. 300 000 of them wanted to come to Sweden.

The report in English can be downloaded from here: https://www.delmi.se/en/publications/policy-brief-2022-3-ukraine/

Delmi - The Delegation for migration studies have analyzed data from Gallup World Poll. One if the authors is Olle Hammar, researcher at the Institute for Futures Studies.

"About 12 million Ukrainians wanted to move to another country in the survey conducted just a few months before the war began. The situation in Ukraine is changing rapidly, but if we assume that 12 million leave Ukraine to seek protection in an EU country and that 2.5 percent of them seek refuge in Sweden, 300,000 Ukrainians would come to Swedenhere. This is a higher forecast than what the Swedish Migration Agency has predicted," writes the authors.

The Swedish Migration Agency has forecasted that between 27 000 - 200 000 can be expected to flee from Ukraine to Sweden in the coming months. 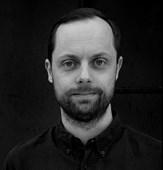 Olle Hammar is PhD in economics.