Vox: Hilary Greaves is the world's leading philosopher of the long-term future

Hilary Greaves, professor of philosophy at Oxford and researcher at IFFS, is the world's leading philosopher of the long-term future, according to the American news site Vox. Among the work that Vox mentions is her thoughts on the so called problem of cluelessness - that we never really can know all the consequences of our actions.

The problem of cluelessness is particularly tricky for consequentialist theories of morality that states that the moral value of actions should be judged according to the consequences of the action.

Hilary Greaves is today one of the leading thinkers on this problem. She is also one of the main philosophers behind "longtermism" - an influential set of philosophical ideas that gives great moral weight to the very long-term future and to all the people that will exist in it. 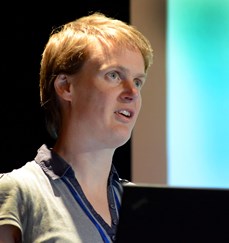 Longtermism is grounded in the fact that the potential future of humanity is extremely long in comparison to the amount of time that humanity has currently existed, and that the number of people that potentially can exist is almost inconceivable many. Since this is the case almost all of humanity's potential pleasure and wellbeing is also in the future. Therefore a lot of moral weight is given to the future, and securing this future by reducing the risk for existential catastrophes is of utmost importance to longtermists. Hilary Greves has along with Will MacAskill, also a philosopher at Oxford, written one of the most influential texts on longtermism: “The Case for Strong Longtermism”.

At IFFS Hilary Greaves is currently working in the aptly titled project "Longtermism".

From the project description:

She is also a project member in the project Climate ethics and future generations.

Read the article in Vox: Hilary Greaves is the world's leading philosopher of the long-term future