New book to further the legacy of Derek Parfit

In the new book “Ethics and Existence - The legacy of Derek Parfit”, several of the most prominent scholars on the issues raised by Derek Parfit, contributes 20 completely original articles. "­Derek raised a lot of new questions, especially about population ethics, and I think this book really gives a sense of how fruitful his work was", says Tim Campbell, researcher at the Institute for Futures Studies and co-editor of the volume.

Derek Parfit (1942-2017) was a British philosopher at Oxford University and widely recognized as one of the most important moral philosophers of the 20th century.

The volume Ethics and Existence: The Legacy of Derek Parfit is the second of three planned books by Oxford University Press. The first in the series, Principles and Persons, covers issues in personal identity theory and normative ethical theory. Ethics and Existence, the second book, covers issues in the field that Parfit is often credited with establishing: population ethics. 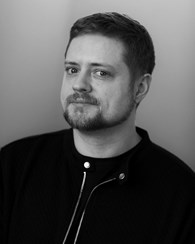 ­– It contains all original essays. The book is a tribute to Parfit and furthers his legacy by building on philosophical themes that he regarded as important and dedicated his life to exploring. It is a great collection of essays, says Tim Campbell, PhD in philosophy and researcher at the Institute for Futures Studies, co-editor of the volume.

Population ethics explores evaluative and normative questions related to causing people to exist. Such questions include: “Can it be better for someone to exist than to not exist”, and “Can we benefit people by creating them?” Early in his career, worrying about overpopulation, Parfit asked questions such as “What makes one population better than another?” and “Which population would be best?”

In thinking about these questions, Parfit discovered a range of new problems and paradoxes. He showed that in theorizing about what makes one possible population better than another, it seems that any general theory will have implausible implications. For example, if you have a theory that ranks populations according to their total amounts of well-being (Totalism) you will have to accept what Parfit called “The Repugnant Conclusion: for any possible population of at least ten billion people, all with a very high quality of life, there must be some much larger imaginable population whose existence, if other things are equal, would be better, even though its members have lives that are barely worth living.” Since the latter population has a larger total amount of well-being it is better according to Totalism. That seems implausible. A life barely worth living might have only goods akin to the menial pleasures of cows munching grass or lizards basking in the sun (Parfit’s examples). Very few people would agree with the Repugnant Conclusion, at least at first glance.

– What Parfit discovered was that it is extraordinarily difficult to come up with a general theory that can avoid The Repugnant Conclusion without entailing some other conclusion that is similarly implausible. In fact, many philosophers working in population ethics believe that no such theory exists. This is fascinating but also troubling, says Tim Campbell.

Parfit never gave up on the project of finding such a general theory. Late in his life, he tried to show that the key to the theory was to recognize imprecision in trade-offs between different kinds of value attaching to lives and populations. For example, one population might be better than another with respect to the special value attaching to the best things in life, such as the highest forms of art and music, science, love, and friendship. But the other population might be better with respect to equality or total welfare; and overall, these populations might be only imprecisely comparable.

Unfortunately, it remains unclear exactly how this appeal to imprecision in value can avoid certain implausible conclusions about how populations compare. 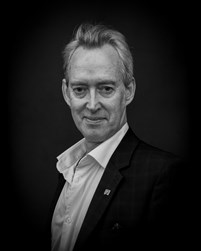 – Derek believed we could avoid being driven to the Repugnant Conclusion by claiming that the best things in people’s lives have a special kind of value, and that these things would be absent from a population of lives barely worth living. However, this is not obvious, says Gustaf Arrhenius, Director of the Institute for Futers Studies.

Arrhenius’s chapter in the volume, “Population Ethics and Conflict-of-Value Imprecision”, analyses Parfit’s last attempt to develop a general theory that solves all the problems in population ethics. According to Arrhenius, it may be that some of the best things in life could exist even in a population of lives barely worth living. Perhaps these “best things” are sparsely distributed within people’s lives, or perhaps the lives contain some of these things but also a great deal of the worst things in life, such as extreme agony. The people leading these lives might even prefer to have instead had lives with only menial pleasures, if that meant also having fewer of both the worst and best things in life.

Parfit’s work on population ethics has inspired new thinking on many issues, particularly when it comes to future generations. One idea inspired by Parfit’s work is that the long-term future of humanity is overwhelmingly important, and that we ought to be thinking more about how to shape this future.

– Thinking about what the future might look like, and about what makes one population better than another leads naturally to the thought that almost all of the potential value of our world lies in the future, since it is likely that most of the sentient beings that will ever live will live in the future, and their number could be astronomically large, says Tim Campbell.

– Most people would say that the biggest difference is between peace and 99 percent being destroyed. But, in his illuminating commentary, Parfit stated that the biggest difference is between 99 and 100 percent of people being destroyed, since if 100 percent are destroyed, no further people will exist; the entirety of humanity’s future will be gone, says Tim Campbell.

This line of thought has influenced some to put threats to humanity’s existence and potential higher on their agendas in recent years. For example, the possibilities of nuclear winter, the development of dangerous artificial intelligence, large asteroids hitting the earth, catastrophic climate scenarios, and other events that could destroy humanity, have received significantly more attention.

Many of the contributions in the volume are researchers in the Climate Ethics and Future Generations research program at the Institute for Futures Studies. More information on the volume can be found on Oxford University Press.