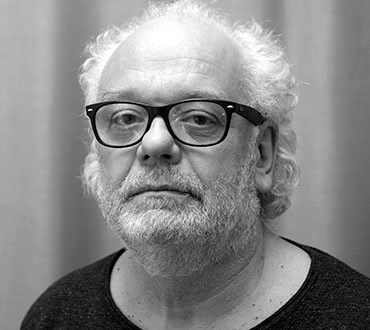 I am Head of communications at the Institute for Futures Studies and since February 2018, I have also been working on a research project financed by the Swedish Research Council, called ”The worst lie is the documentary – what role does the subjective documentary film have in a post-truth era?” where I examine how artistic subjective narration can develop the documentary film. The study is based on over 90 hours of interviews that I, together with Svetlana Aleksijevitj, have gathered for our feature length movie ”LYUBOV – love in Russian” (”LYUBOV – kärlek på ryska”).

I started my path as a film maker as an assistant to Roy Andersson in the beginning of the 80s. Since 1983 I have directed and produced eight internationally awarded documentary films and a number of TV-documentaries.

I have been working as a freelancer and have been initiating my own projects throughout all of my professional career. One exception of this is when I, for a couple of years around the year 2000, worked with so called new media as head of production at Bonnier Kunskap.